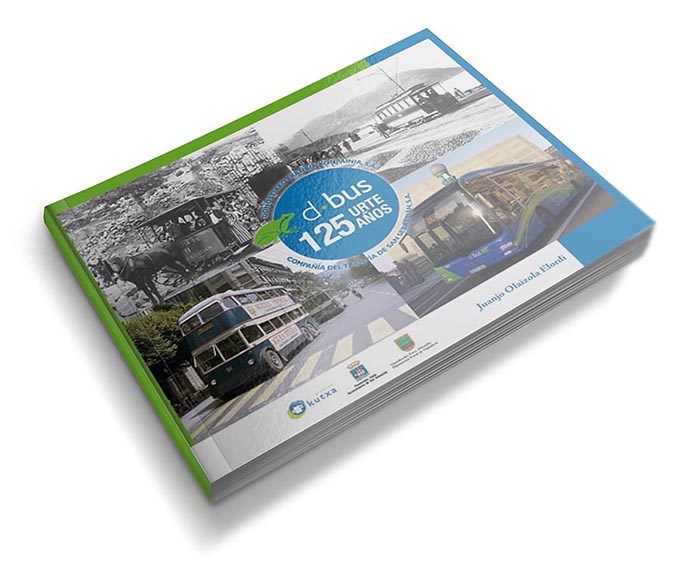 On the occasion of the 125th anniversary of Compañía del Tranvía de San Sebastián, DBUS has published the book “DBUS 125 urte/years”, which provides an overview of the history of the CTSS in the city over 125 years.

The book has 240 pages which describes the company’s history in a series of chronologically-based chapters. The book starts with the background to the foundation of the company in 1886 and describes historic moments like the inauguration of the first horse-drawn tram service on 18 July 1887, the Electric Tram, the financial crisis from 1918 to 1920, the Spanish Civil War, the period of the trolley buses and the transition to buses, as well as the change from private to public ownership, right up to the recent purchase of the first hybrid bus in 2011.

The book, in Basque and Spanish, was written by Juanjo Olaizola Elordi and has a striking number of historical pictures showing the evolution of public transport and that of the city itself. The 187 photographs included in the book came from private collections and museums, such as the Basque Railway Museum and San Sebastian Municipal Archives, among others.

Edition of the book was possible with the aid of the Obra Social Kutxa. We would also like to mention Gipuzkoa Regional Government’s support for all acts relating to this 125th anniversary. 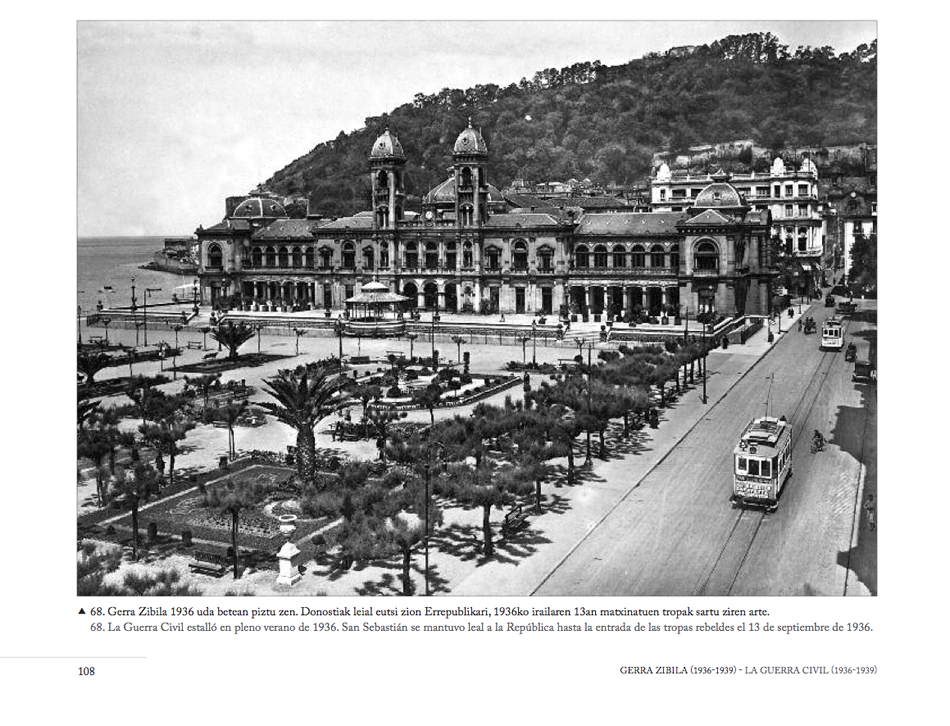 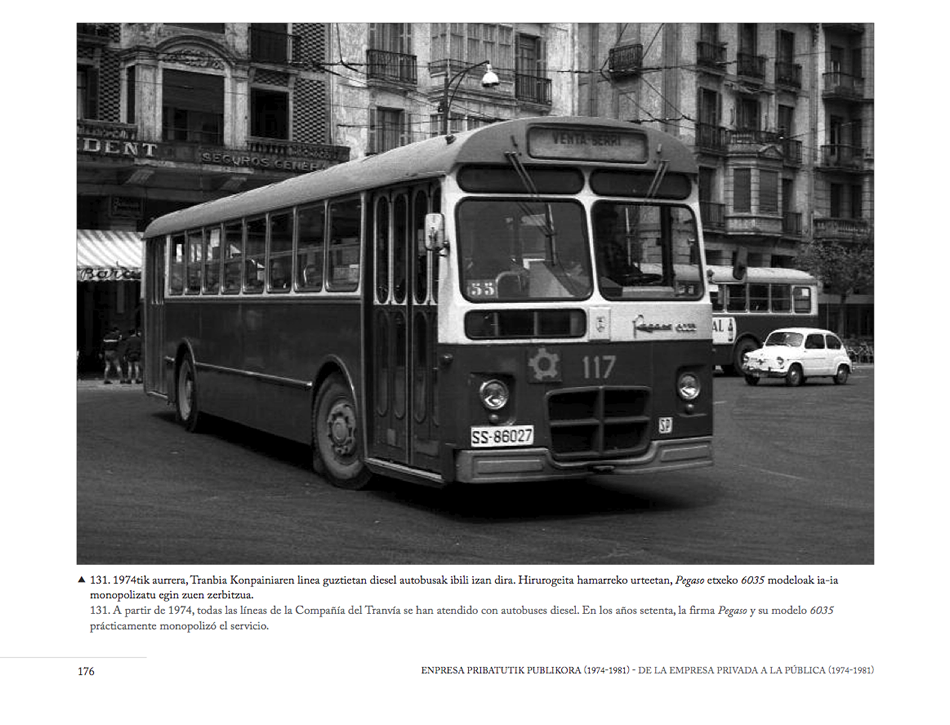 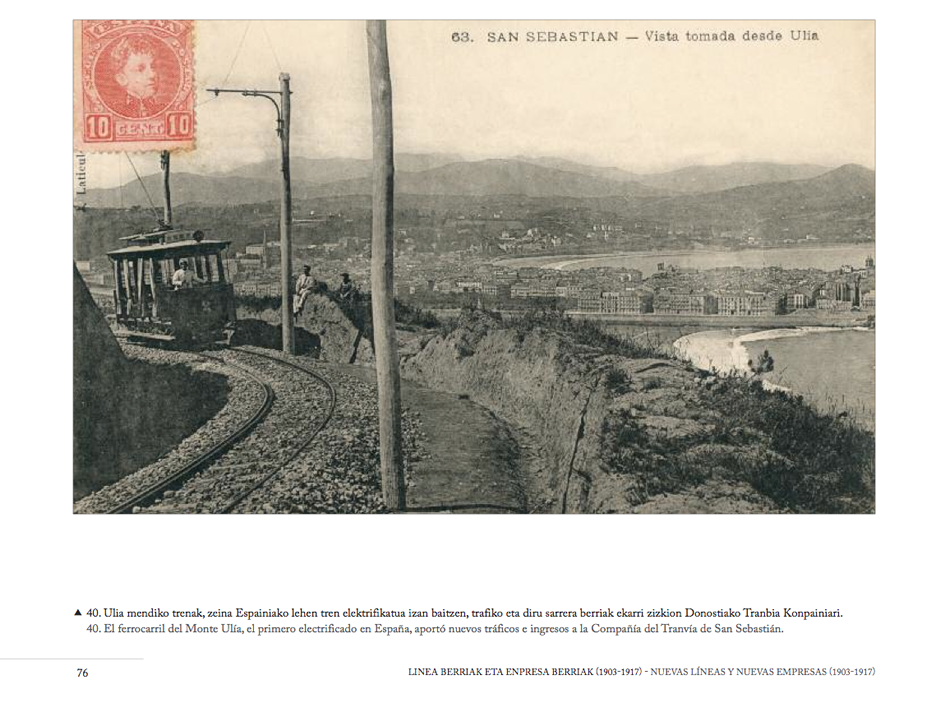 If you wish to place an order, please fill in the following information: