Commitment to the people who travel by Dbus  every day and with society in general is also reflected in the projects in which Dbus is involved in collaboration with local and international bodies and organizations.

Some of the projects in which the Company is currently actively participating are listed below:

Dbus and the Gipuzkoa Territorial Transport Authority (Autoridad Territorial del Transporte de Gipuzkoa – ATTG), and the Syndicat des Mobilités Pays Basque-Adour (SMPBA), are participating in the European E-MOBASK project to promote and encourage the use of public transport in the Basque Eurocity.

The consortium has been successful in the call to the POCTEFA programme 2014-2020, and will receive a grant of €1,182,358 with a duration of 3 years. The actions will be carried out throughout the San Sebastián-Irun-Baiona corridor.

REPLICATE project for development of a smart city model

Dbus and San Sebastian City Council are taking part in the “REPLICATE” project for the development of a smart city model. The purpose of the initiative is to encourage energy efficiency, sustainable mobility and Information and Communication Technologies (ICT) in cities, aimed at reducing consumption and contaminating emissions by promoting the use of renewable energies.

“REPLICATE” has 36 partners. San Sebastian, Bristol (England) and Florence (Italy) the cities leading the project, while Essen (Germany), Laussane (Switzerland) and Nilüfer (Turkey) are participating as follower cities. Each leading city selects a district for implementing measures which, in the case of San Sebastian, is the Ribera del Urumea, electric and hybrids.

The European Union’s overall contribution to the project is 11 million euros, €1,085,000 of which have been allocated to Dbus, which includes two new 12-metre electric buses and charging stations. These vehicles, and the 100% electric buses have been operating on Dbus lines since last year, and enable Dbus Line 26-Amara-Martutene to operate solely with electric and hybrid buses. 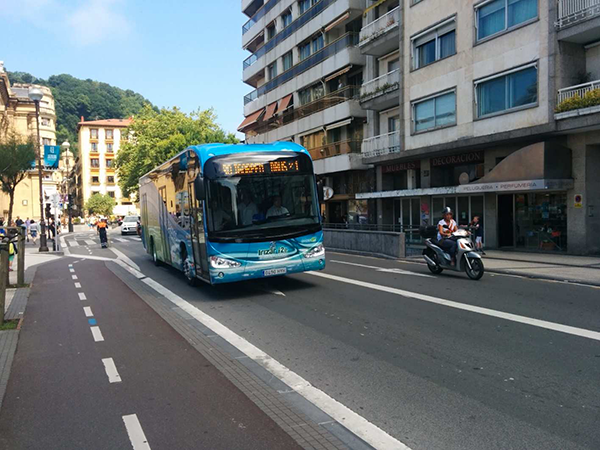 Dbus is taking part in the MANBUS project with TCMAN and CEIT (Centre for Technical and Research Studies). The three companies have formed a consortium through which they intend to develop and validate innovative solutions to optimise the bus-fleet maintenance process.

To do this, it intends to develop a new product that will incorporate new technologies to help maintenance operators work on bus fleets as intuitively as possible.

The consortium has representatives from all interested parties (developer, integrator, operator, final user) and has clearly identified issues existing in maintenance procedures and the need for innovation.

Solutions will be developed with highly innovative technologies within the mobility area, information systems, artificial vision, augmented reality and voice processing. A final validation phase will take place before the market launch, avoiding the pure development of prototypes.

It is an innovative project financed by the Ministry of Economy and Competitiveness within the COLLABORATION CHALLENGE 2015 programme, co-financed by the European Regional Development Fund (EDRF). The project started on 1 October 2015 and has a duration of 30 months.

The year 2015 saw the start of, the EBSF – European Bus System of the Future 2 – a project in which Dbus is participating, with the CEIT Technology Centre, bus and coach manufacturer IRIZAR, the international organisation for public transport, UITP, and technology companies Datik and Digimobee. This is a 36-month project (2015-2018), with 42 partners, which will be demonstrated in twelve pilot cities, among which is San Sebastian.

This innovative project is financed by the European Commission as part of the Horizon 2020 programme, whose objective is to improve efficiency and the attractiveness of public bus transport, designing a new generation of buses to respond to future needs.

Dbus will receive an economic contribution of €142,100 through the EBSF-2 project

The first meeting of the San Sebastian demonstrator took place in July 2015, on the premises of Irizar, which explained the lines of work to be carried out until 2018. 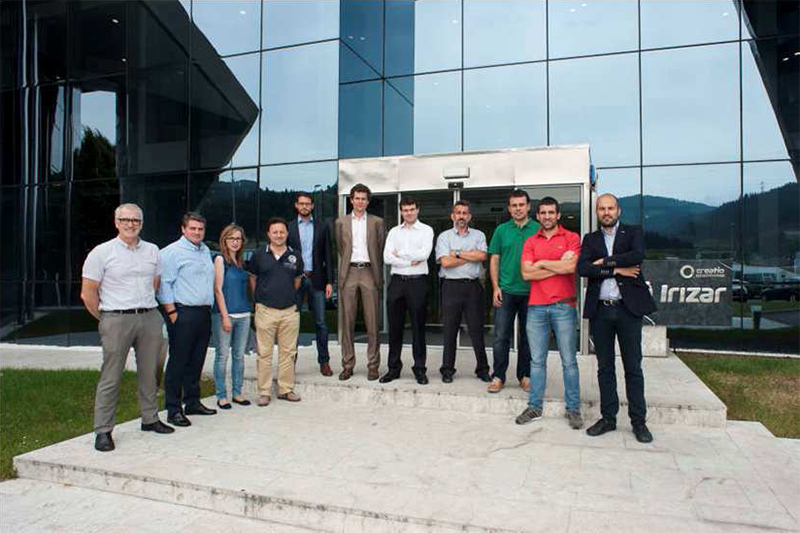 Since the beginning of 2012, Dbus and San Sebastian City Council have been participating in the European SITE project, a project aimed at fomenting the use of public transport by improving technological and payment systems on buses. The project has been selected by the European Union within the Atlantic Area Programme of the INTERREG initiative and given the maximum rating. The project is funded by the European Regional Development Fund (ERDF).

San Sebastian is participating in the SITE project with cities like Liverpool in England, Nantes in France, Gijón in Spain, Aveiro in Portugal and Dún Laoghaire in Ireland.

The SITE project, which has been heavily funded by the European Union has meant that Dbus and San Sebastian City Council are able to develop measures to implement technologies to improve the accessibility of buses for the handicapped and people with reduced mobility, reduce journey times and simplify information and payment systems, thus generating enhanced experience for users of San Sebastian’s urban transport.

Together with San Sebastian City Council and other European cities and bodies, Dbus, is taking part in an innovative pilot project called SmartCEM (Connected Electro Mobility), launched in January 2012 and with a total duration of 30 months. The SmartCEM project was submitted following the call by the European Commission in 2011 for pilot programmes in innovation, and was one of the selected projects.

Other cities and bodies take part in the project together with Dbus and San Sebastian City Council.

Among them are the cities of Barcelona and Turin, the University of Newcastle, entities like Tecnalia or the Basque Mobility and Logistics Cluster, Ertico in Belgium, NEC Europe and Gateshead College in the United Kingdom, and Idiada and RACC in Catalonia, as well as the Regional Government of Gipuzkoa.

The project focuses on electric mobility which is expected to develop in coming years in cities, and consists in assessing the performance of electric vehicles and how drivers adapt from the point of view of modified needs due to replacing a vehicle running on conventional fuel to one using electricity.

The participation of Dbus in the project centres on the study of the performance of the hybrid bus in the daily public transport service in San Sebastian.

The project will likewise permit the study of possible opportunities for new businesses associated with electric mobility which could arise in the future.

Dbus has taken part in the CIVITAS initiative, an international project promoted by the European Commission. The CIVITAS initiative helps cities foment a sustainable, clean and economical urban transport system, implementing and evaluating packages of measures based on ambitious and integrated policies and technologies. The measures adopted encompass transport supply and demand. They aim at improving residents’ quality of life. The number of cities participating has not stopped growing and currently there are about 60 cities throughout Europe taking part in CIVITAS.

Of the eight categories established for the project, San Sebastian took part in the   Archimedes category, an ambitious combination of activities whose aim is to increase the modal share of sustainable modes and provide safer and more comfortable travel services in medium-sized urban areas. Dbus leads in activities related to the “Use of alternative fuels and clean and energy efficient vehicles”. The project availed of 83 measures to help comply with EU legislation (more alternative fuels, lower CO2 emissions, less pollution and noise) and raise energy efficiency.

ARCHIMEDES is an integrating project which brought six European cities together to deal with problems and avail of the opportunities to create a more sustainable environment and promote energy efficient transport systems.

As part of the project Dbus likewise deployed high quality BRT transport corridors on routes 5 and 28. It also introduced environment-friendly buses with EEV technology and purchased the first hybrid bus which has been running on the streets of San Sebastian since 2011.

Other measures implemented by Dbus under this Project was improved bus service to the industrial estates and business parks as well as the deployment of technological means for better service.

The city of San Sebastian was given 4.266.116€ by the European Union for the  CIVITAS Project. 1,562,097€ of this went to the CTSS over the four year-period for the project to be developed.

The success of the measures promoted and adopted by Dbus, and efforts made on the part of San Sebastian City Council towards a more sustainable mobility merited the award for the most sustainable transport system at the Foro Civitas which was held in Vitoria-Gasteiz in September 2012. A jury made up of independent experts  chose San Sebastian as a source of inspiration and an example to follow in the field of sustainable mobility in Europe.

The CIVITAS City of the Year Award is the most important European prize for more sustainable transport. Previous prizewinners in recent years were Utrecht, Bologna and Ghent.

This website uses cookies to improve your experience. We'll assume you're ok with this, but you can opt-out if you wish.Aceptar